Was international pressure the main force behind the ending of South African apartheid? 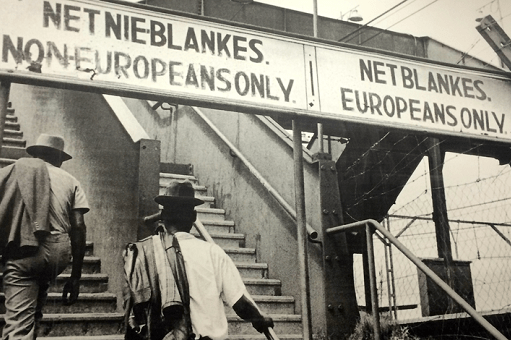 I suspect that people like me were the main force driving the end of Apartheid. Let me try to give you a top picture. Although Apartheid was originally seen as avoidance of Cultural Imperialism by proposing that the various Black Tribes of South Africa Govern themselves according to their own cultural norms and traditions in

I suspect that people like me were the main force driving the end of Apartheid. Let me try to give you a top picture. Although Apartheid was originally seen as avoidance of Cultural Imperialism by proposing that the various Black Tribes of South Africa Govern themselves according to their own cultural norms and traditions in their own traditional territories, like Swaziland, Lesotho and Botswana.

The force behind the ending of South African apartheid

Created by the Brits as they could not see sufficient economic value in these territories to justify the Military Might that would have to be expended to incorporate them in SA.

Verligte Afrikaners ( Enlightened Afrikaans people) like me became restive and started looking for alternatives. You can find more detail here Pieter D. Rossouw’s answer to What broke the Apartheid System in South Africa? In short we voted “YES” in the 1992 Referendum and empowered President F W de Klerk to negotiate an exit from Apartheid.
Those final years of Apartheid, ‘80’s and early ‘90’s were a time of intense frustration for me.

At times I got so angry with the international media for their slanted reporting that I felt like committing murder. They were just focusing on the negatives and distorting them completely. Conversely, I did not like the anti-Black racism common at that time among fellow White South Africans either. I felt it was wrong.

My mind-set change started one evening after the 1974 South African General Elections. We were visiting my In Laws in the Waterberg area of SA. My Mother in Law had worked hard to help get Andries Treurnicht re-elected as Nationalist Party (Apartheid Party) Member of Parliament for their area. He came to visit one evening to thank her and we all had supper together. We talked a lot.

That evening when he drove away I put my arm around my Mother in Law’s shoulder and said; “Ma, jy koester ’n Adder” (Afrikaans for “Mother, you are embracing a snake”.)
I did not appreciate his attitude to life and especially to non-White South Africans. In 1976 as Minister of Education he triggered the ’76 Soweto Riots by forcing certain Soweto Schools to teach many Black Children in Afrikaans.

He did this despite the very strong Afrikaner perspective that Mother Tongue Education is essential, especially for younger children and that no child should be forced to learn in another language.

I ran in the Corporate Rat Race and in 1976 I became Marketing & Sales Manager at the SA subsidiary of an American Multi-National. I became part of a team that built this company from the smallest participant in it’s market to total dominance. I became the first M&S Manager in SA to promote a Black man into a full Corporate Representative. We had to bribe a few of his racist clients to afford him a 6 month probation period with special discounts.

When I phoned his worst racist client at the end of that period to ask if he would remain a client when his special discount period ended. He told me in rather harsh words to leave his Black Salesman alone (I won’t use his K word here on Quora) He wanted his Black salesman left alone as he made more money from his advice than any White salesman that called on him.

He told me to take my special discount and stick it where the son doesn’t shine! i.e. up my arse. I had promoted this man – not for the Black tone of his skin. I promoted him because I liked his mind. I just knew we could educate and train him to be the best, – We succeeded.

After the ’76 Soweto Riots many Protests that developed into Riots followed. To me the difference between a Protest and a Riot is that; A protest is mainly a Talking Demonstration where a group of people with similar political perspectives walk or stand somewhere peacefully shouting their slogans and carrying placards. A Riot develops when these people start throwing stones and breaking or setting fire to public and private assets.

One Friday evening, on the way home to Cape Town from a business trip. I recognized my seat neighbor as a BBC TV News reporter. We chatted, he was looking forward to a weekend off doing some wine tasting in the Wine lands of the Western Cape. Under such conditions I don’t talk too much. I ask open ended questions to get the other party to tell it like it is and thereby allowing me to explore his mind.

Eventually he bragged that he and his team had conned their employer. the BBC, into sending them on an expenses paid weekend in the Cape by telling them that their “Sources“ had told them that there were signs of spontaneous riots developing over the weekend. When I stroked his ego a bit. He continued bragging and said that he knew the Riots were planned for Tuesday.

During the early ‘80’s I was dragged into the politicking around Trade Unions. Explore this Pieter D. Rossouw answer to How do libertarians feel about unions?
Yes, International Pressure was a factor. But was it the dominant factor? In my case my YES vote was also based on a large variety of other reasons. By Pieter D. Rossouw