Why Nigeria is stuck in a cycle of sharp devaluations 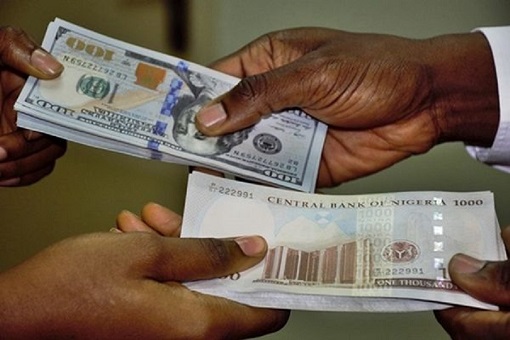 When it comes to currency devaluations in Nigeria, the policy approach seems to be the bigger the better. The devaluation of the currency is usually sudden and sharp, wreaking havoc on people and businesses. One might wonder what qualifies as a sharp devaluation. I derive this by taking the inflation differential between the US and

When it comes to currency devaluations in Nigeria, the policy approach seems to be the bigger the better. The devaluation of the currency is usually sudden and sharp, wreaking havoc on people and businesses. One might wonder what qualifies as a sharp devaluation. I derive this by taking the inflation differential between the US and Nigeria, which is around 10 per cent.

In theory, the inflation differential is a rough estimate of what the naira should lose against the dollar annually. Historically, Nigeria has had 14 episodes of these sharp currency devaluations since 1981. The nine years between 1985 and 1993 were particularly devastating with 8 episodes of sharp devaluations and the average devaluation per year at around 29 per cent. More recently, while this has become less violent, it is still a big concern as the Naira weakened by an average of 16 per cent annually between 2015 and 2020.

How many of these episodes can Nigerians and businesses survive? It is hard to say, but each episode weakens economic prospects and disincentives doing business, saving and investment. Many businesses that have exited Nigeria attribute this decision to currency woes. An example of recent is Shoprite’s decision to reduce its exposure to Nigeria.

While one can argue that inflation is a more relevant consideration, the average Nigerian is also exposed to currency movements through food, petrol and electricity prices. Not only are their incomes affected, so also is their wealth. We are now seeing FinTechs aggressively drive the adoption of dollar investments among Nigerians for wealth protection.

There are many reasons why this is prevalent in Nigeria but the biggest are the high dependence on oil exports for more than 90 per cent of total exports and weak macroeconomic policies in the form of high inflation and a fixed exchange rate regime.

Oil prices are highly volatile due to shocks (unexpected events that affect demand and supply significantly) in the oil market. Previous episodes of these shocks include both negative – falling prices – and positive – rising prices. In the negative case, recent shocks with more than a 30 per cent decline in oil price were experienced in 2008, 2014, 2015 and 2020. There was a recovery subsequently in the short to medium-term for these episodes, even the COVID-induced shock.

However, this often comes at a cost to oil production because OPEC and other oil-producing countries cut output to support prices. In 2020, for instance, Nigeria’s oil output fell by more than 20 per cent even as oil price moderated 24.3 per cent. This double-whammy has been particularly devastating for Nigeria which has failed to boost oil production beyond 2.0 million barrels per day for more than 40 years.

There is little reprieve from other sources of FX supply. Remittances are resilient but this is not enough to offset declining foreign investment and a negative trade balance. Even worse, foreign investment, especially portfolio flows (accounting for more than 70 per cent of imported capital), are often affected by currency challenges and the CBN’s exchange rate management.

This brings me to the next important factor responsible for sharp devaluations: macroeconomic policies. While the structure of Nigeria’s exports makes it vulnerable to negative oil shocks, policymaking is just as stuck in a rut. Like I earlier mentioned at the beginning of this essay, high inflation – above those of partner trading countries – would continue to mean that devaluation is needed.

The wider the inflation gap, the sharper the adjustments required to remain competitive in investment and trade terms. In Nigeria, the inflation target is six per cent to none per cent but the long-term inflation average is 12 per cent. The central bank has neglected its price stability mandate, with consequences for the Naira.

Similarly, the Central Bank of Nigeria has not done enough to ensure that currency adjustments are less sudden and sharp. They tend to favour a fixed exchange rate rather than other flexible approaches like a managed-float and complete float.

Before the recent negative oil shocks of 2014-2016 and 2020, policymakers favoured heavy intervention in the FX markets to maintain a strong currency, thereby depleting reserves. Maintaining a fixed exchange rate regime without robust reserves before a crisis is a disaster waiting to happen. The tragedy is that this has happened too many times in Nigeria.

Policymakers ignore what is more acceptable such as a managed, predictable and timely devaluation of the currency in line with inflation differentials or other models adopted.

This system ensures that reserves are better managed and only timely and small adjustments are required during a crisis. Businesses and Nigerians would be better off in this arrangement, so also economic outcomes such as inflation, investment and growth. This is why imported foreign capital into Nigeria declined by 60 per cent to $9.7bn in 2020 from $24.0bn in 2019. Between 2014 and 2016, the decline in imported foreign capital was -75.5 per cent from $20.8bn to $5.1bn.

In finding solutions to this cycle of sharp devaluations, an important factor that cannot be neglected is the approach to managing the exchange rate and broader macroeconomic policies. This is because in a crisis such as COVID-19, which affected not just oil but global trade in almost all goods and services, macroeconomic policies would still have been a major letdown.

Ogunbiyi is a Lagos-based Financial Analyst