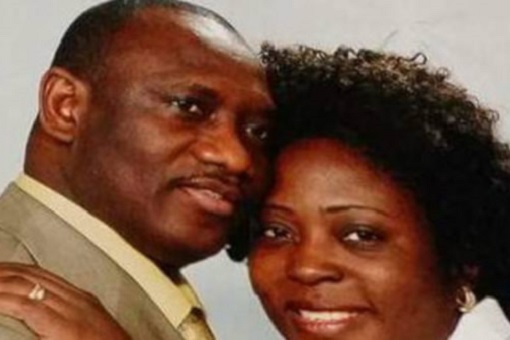 It is somewhat generally believed that one of the biggest achievements of men and women alike, is when they are domiciled abroad and are working or at least have permanent sources of income. The expectation thereof would be that the couples with such working statuses ought to be fulfilled and happy together. But that is

It is somewhat generally believed that one of the biggest achievements of men and women alike, is when they are domiciled abroad and are working or at least have permanent sources of income. The expectation thereof would be that the couples with such working statuses ought to be fulfilled and happy together. But that is not often the case in some homes in the United States.
The February 2016 case of a 49-year-old Muhammadu Ighomigho who committed suicide after shooting to death his 44-year-old ex-wife, Nnenna Ogbonna, in the state of Maryland, is one of those catastrophes taking place in the United States. Such tragic end is not unconnected with the reasons which are discussed below:

Some reasons Nigeria men kill their wives in the U.S.

1. Tax refund: A federal tax refund is basically a refund from the Internal Revenue Service (IRS) because you paid more in taxes than you owed for the year. This can happen if too much money is withheld from your paychecks (called withholding tax) and it adds up to more than your total tax liability for the year.

In general, the more money that is withheld from your wages throughout the year, the greater your tax refund may be because you’ve essentially overpaid the IRS. Everyone in US looks forward to filing for tax every year.

Most families get so much refund which they inject into investments back in Nigeria. Thus when couples are doing things separately, there’s bound to be greed in the sharing of the refund. The fight becomes intense if the couple is separated but have children together. This is where Muhammadu and Nnenna mentioned above come in.

2. After helping her get to US: Some men get frustrated when the women or the wives whom they had helped get to the United States begin to treat them badly as is widely reported that women brought from nothing in Nigeria to everything in America go haywire when “their eyes don tear”.

3. Alienation of affection: In some cases, these men who indulge in killing their spouses believe that when the women may have seen beyond them, they become unfriendly to them (the husbands). The love they once proclaimed, the promises they once made, all shrivel to irrelevance.

That is one of the things that make a man. But when nature contradicts his yearnings, he believes he is doomed. Of course in a country like the US where women are given enormous power and rights against that of the men, a woman with the slightest inclination to go wayward will definitely break loose.

5. Respect: Every African man demands respect as one of the features of his wife. Respect ought to be reciprocated though. But in some cases, a man does not care if he respects his wife or not. It is learned that a woman is the most respectful and disrespectful gender depending on how she is treated. Some wouldn’t mind taking nonsense from the man while others would.

This is why David Ochola killed his wife, Priscila Ochola, in Hennepin, Minnesota, some time back in 2014. After killing her, David called the police and allegedly told them that he had killed the woman who messed up his life and that he was tired of being disrespected. For disrespect, he sent her to early grave leaving two children behind.

6. Emasculation: Because the woman takes care of the bills in the house, and probably the man isn’t employed, one day the wife will speak out. When the home gets heated up, he is afraid to vehemently scold her for the fear of being ejected from the house if she eventually calls the police. In his own house, he is no longer the man.

There are men who are currently suffering this fate. Some others have been ejected from the house. Even though they do not live in the house, they still pay the mortgage or the rent as the case may be, they are mandated to pay for the upkeep of their children.

The system will not mind whether the man feeds not to talk of being housed. We all know that when frustration sets in, something bizarre may take place.

7. Loss of self-esteem: Some factors like systematic punishment (unemployment), failing to meet fatherly standards, being on the receiving end, absence of affection from wife and children, and many others can lead to the loss of a man’s self-esteem. Sometimes he feels the wife has instigated the children against him.

8. Cheating: The irony about this is that it is easier for a woman to cheat on her husband in the US than in Nigeria. There have been cases of women cheating on their men. But when a man cheats and he is caught, he is doomed. There are very few cases where those who killed their wives dwelled on the reason of cheating. But on the other hand, although there are several inaccurate sides of the story, it was reported in April 2015 that Temitope

Adebamiro, a Nigerian mother of 2 based in Delaware, brutally murdered her husband, Adeyinka Adebamiro. She claimed that her husband cheated on her with multiple women including her sister and their nanny’s daughter.

In a nutshell, is it possible for this to be the other way round? Where the women kill their husbands for the reasons mentioned from 1-7 above? There may be such cases but very rare judging from US media and police reports. There are many Nigerian men serving jail terms in the US for killing their wives. While some are serving specific years, others are “jailed for life”.

For instance, in 2007, it was reported that one Kelechi Charles Emeruwa ambushed and sliced the throat of his estranged registered nurse wife with a kitchen knife. He is currently serving life jail term according to reports.

With all the killings and the many troubles going on in many African families home and abroad, it is ideal to first consider the life of a human and the children that may be left behind before taking an erratic action to take a life. Anger only destroys and can never build. It is also a good thing for couples to have respect for one another. No matter what the troubles are, stop agonizing and start organizing. If peace is not engendered the family will be endangered.