Why the Afghan Army Capitulated so easily Under the Taliban’s Pressure. 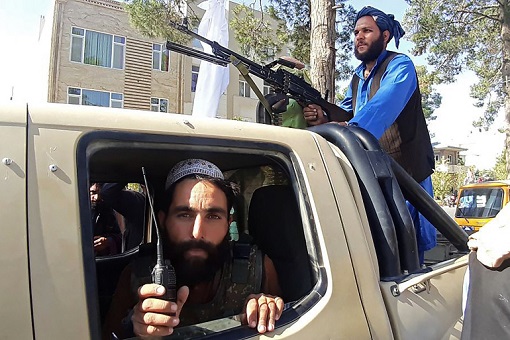 There are largely questions on why and how the Taliban were able to capture the entire country of Afghanistan within two weeks with little or no resistance from the so-called three hundred thousand “well-equipped” Afghan security personnel. The Afghan military completely collapsed within a few days to the Taliban. It lost control of much of

There are largely questions on why and how the Taliban were able to capture the entire country of Afghanistan within two weeks with little or no resistance from the so-called three hundred thousand “well-equipped” Afghan security personnel.

The Afghan military completely collapsed within a few days to the Taliban. It lost control of much of the country, often without putting up a fight, and allowed the Taliban to take over. Near the end, provincial capitals fell with dizzying rapidity. On August 15, Taliban fighters marched into Kabul.

The answer could be found in Napoleon Bonaparte’s maxim: “In war, the moral is to the physical as ten is to one.” Quite simply, an Afghan military that over the past twenty years had learned to rely on U.S. support for airpower, intelligence, logistics, planning, and other vital enablers was fatally demoralized by the U.S. decision to abandon it. An Afghan special forces officer told the Washington Post that many Afghans saw the troop withdrawal deal that the Donald Trump administration signed with the Taliban in February 2020 as “the end” and that the United States “left [the Afghan military] to fail.” As a result, he said, “Everyone was just looking out for himself.”

It’s possible that Afghan President Ashraf Ghani thought his government would receive a reprieve from President Biden. But in April, Biden announced that the remaining three thousand U.S. troops in Afghanistan would be withdrawn by September 11, 2021. Not only did those troops depart, but so did eight thousand allied troops and eighteen thousand contractors that the Afghan forces relied upon to operate their air force and for logistical support. In recent months, the Afghan military was unable to provide vital supplies such as food and ammunition to outposts scattered around the country. Some Afghan units, particularly the elite commandos, fought hard nearly to the end. But seeing the writing on the wall, most troops chose to cut deals with the Taliban, surrender, or simply melt away rather than risk their lives for a hopeless cause.

The fall of Afghanistan rightly raises serious questions about the mistakes the United States made during its twenty-year effort to train the Afghan military. The U.S. armed forces will need to process lessons learned, and there will need to be a great deal of critical self-examination. The U.S. training effort had many shortcomings, such as deficiencies in language and cultural knowledge and lack of expertise in training police rather than soldiers, which hurt local-level security. In addition, the U.S. effort concentrated too much on teaching tactical infantry skills while neglecting the kind of higher-level expertise in logistics, planning, training, and command and control that is needed to maintain a military force.

The U.S. training effort was also hindered by factors beyond its control, including the lack of education in one of the world’s poorest countries and the pervasiveness of corruption. As a police officer in Kandahar recently stated, “We are drowning in corruption.”

All of that corruption meant Afghan troop numbers, such as the one cited by Biden, were vastly exaggerated. The Washington Post’s Afghanistan Papers project found that of the 352,000 soldiers and police counted as members of the country’s security forces, only 254,000 could be confirmed by the Afghan government. Commanders not only created “ghost soldiers” to pad their payrolls but also skimmed the pay of serving soldiers and failed to deliver necessary supplies, the Post reported. To a large extent, that corruption was enabled by the United States’ free-spending ways. The U.S. attempts to fight corruption were, by contrast, half-hearted and ineffectual.

Many now criticize the U.S. military for building an Afghan force in its own image—heavily reliant on airpower and technology that the Afghans could not maintain by themselves. The criticism has some validity, but there is a logic to the U.S. approach: The Afghan forces were far too small to defend a far-flung nation of thirty-eight million people, and no U.S. administration wanted to fund a larger force. There was no way to maintain a security-force presence across such a vast country without supplying outposts by air. Once U.S. troops and contractors abruptly pulled out, the Afghans simply lost the ability to keep their military machine functioning, and the military disintegrated.

Although it’s easy to blame Afghan troops for not fighting harder, it’s important to remember that more than sixty thousand Afghan security-force members were killed in the past twenty years—that’s twenty-seven times more than U.S. fatalities in the war. While some three thousand U.S. advisors remained in the country, the Afghan military still controlled every city. It was the U.S. pull-out that brutally exposed the shortcomings of the Afghan forces and precipitated the military’s collapse.