2023: The dollarization of selecting a leader in Nigeria. 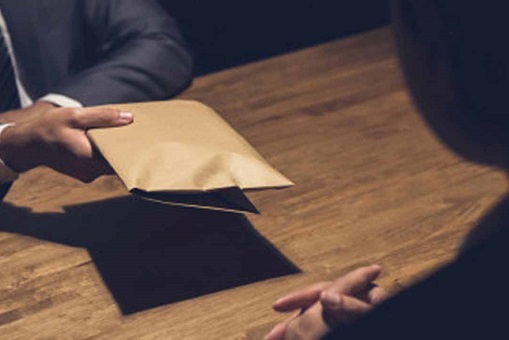 Public offices in Nigeria now goes to the highest bidder. Meritocracy, integrity, capacity and competence do not count anymore. The 2023 primaries of the major political parties in the country has been turned to an avenue where political aspirants shower the delegates with the rain of the United States dollars. The decay in the polity

Public offices in Nigeria now goes to the highest bidder. Meritocracy, integrity, capacity and competence do not count anymore. The 2023 primaries of the major political parties in the country has been turned to an avenue where political aspirants shower the delegates with the rain of the United States dollars. The decay in the polity has become putrid.

In recent times in our polity, the process of emergence of political parties’ flagbearer have become highly monetized. From the beginning to the end, the entire process is skewed in favour of only the contenders with deep pockets. The sign post now reads: Poor aspirants need not apply. Credible aspirants or candidates without a huge financial war chest need not apply. Political power has become the exclusive preserve of the rich and mighty. The 2023 political process has faired no better.

Though the party primaries conducted in the past are not perfect, as they had their obvious flaws, but they are nowhere near the present degeneration that obtains at the moment. The famous third-term agenda of former President Olusegun Obasanjo is still fresh in our memories. It was alleged that he offered Ghana-must-go bags of cash to federal lawmakers as bribe to subvert the constitution to facilitate his third term ambition.

In Nigeria, without dashing huge sums of monies to voters to secure their votes, it is almost impossible for even a credible candidate to assume position of leadership. The only language the electorates understand is money and ‘stomach infrastructure’. Candidates seeking political offices even give out noodles, spaghetti, rice, kerosene, clothes, sewing machines, grinding machines and tricycles to potential voters. In the last gubernatorial election in Osun State, the slogan in Yoruba: “dibo, kosebe” was on the lips of almost everyone.  This literally means: “Vote and cook a pot of soup with the cash handouts given by candidates as inducements to woo voters”

During primaries, the cost of bribing delegates is between $15m and $20m. The 3,000 to 4,000 delegates take home up to $5,000 to vote for a particular candidate. The other cost include vote buying, bribes for the electoral officers, advertisements, transportation, logistics, and nation-wide campaigns. Another key expenses are the cost of hiring agents in each of the 176,846 polling units. Incidentally, each of these agents are paid not less than N10,000 for their services. This sums up to about $4.2m. It is estimated that to win the Presidential election in Nigeria, one needs to spend about $2 billion.

2023: HUGE AMOUNT TO PURCHASE EXPRESSION OF INTEREST AND NOMINATION FORMS

The monetization of the selection of public office holders in Nigeria has assumed a worrisome dimension in recent times. To start with, the cost of obtaining nomination forms to take part in the primaries of the two major political parties in Nigeria has automatically shut-out many suitable and qualified candidates. For the ruling APC, the cost of nomination forms for the different elective positions are: House of Assembly-N2 million, House of Representatives-N10 million, Senate-N20 million, Governorship-N50 million and Presidential- N100 million. The opposition PDP set the cost of nomination forms for the party’s primaries as follows: House of Assembly-N600,000, House of Representatives-N2,5M, Senate-N3,5M, Governorship-N21M and Presidential-N40M.

This huge financial costs of running for an election in Nigeria makes it difficult for credible and youthful candidates take part in the electoral process. They are already disenfranchised. The only exception is if they are hand-picked and sponsored by so called god-father or a money bag.

This will allow the dividends of democracy trickle down and permeates every facet of the people. Instead of: “government of the people, by the people and for the people.”, what we have in Nigeria’s case is: “government of the wealthy, by the wealthy and for the wealthy.” The only beneficiary of our democracy is the rich, high and the mighty that have constituted themselves as a class of plutocrats.  The dividends of democracy are perennially eluding the ordinary man. The poor in Nigeria are subjected to abject poverty and hopelessness while the political class and their cronies that have unhindered access to and have plundered our common patrimony are living in opulence and grandeur.

2023: CHILDREN OF POLITICAL ELITES ARE TAKING UP POLITICAL POSITIONS.

The current trend in the polity is that most current and past political office holders are busy installing their children into political positions. They are building political dynasties to further consolidate their authority, influence and relevance. Political dynasties exist in other climes, even in more advanced democracies. The famous J.F Kennedy and Bush dynasties in the United States is testimony to this fact. However, the way and manner the political heavyweights in Nigeria are going about raising their genealogy in the polity, leaves much to be desired. They are parochial, impudent and egoistic in their quest.

This scenario playing out in the polity will only prevent suitable and qualified Nigerians from humble background from breaking the glass ceiling. This negates the democratic values of fairness and equality. Every Nigerian must be given the opportunity to aspire to highest public offices in the land.

2023: WAYS TO ENSURE A LEVEL PLAYING FIELD TO THOSE WHO WISH TO SERVE

Every Nigerian should be given the equal opportunity to serve their fatherland, in whatever capacity they so desire. This will attract many young, intelligent, talented, dynamic, cerebral and cosmopolitan Nigerians into the political space. This will go a long way in reducing the current problem of bad governance that is rife in the country. This will happen when we start having the round pegs in round holes. More people from different socio-economic class and ideological leaning will show interest in the political affairs of the country.

Towards this end, the NASS should pass the necessary laws that will ensure that participation in the political space becomes more democratized and open. Financial position, age, gender and social status should not matter in the selection and recruitment of political office holders.

The law should disqualify any candidates that use money to induce delegates and voters. The practice of “cash and carry” during elections should be abated.  The people’s and mandate are not commodities that can be traded in exchange for cash.

The principle of true internal democracy should be adhered to. The country’s constitution and all the other relevant electoral laws should unambiguously and univocally declare direct primary as the only means of selecting or electing political parties’ flagbearers.

The votes of Nigerians should not go to the highest bidder, but to the most credible and qualified candidates. It is high time we put a stop to the culture of mediocrity in our polity and embrace meritocracy. This is the only way forward. In Nigeria we stand.