Putin’s war in Ukraine: Who is to blame? 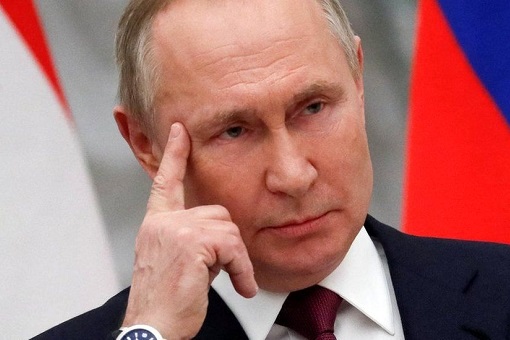 Russia and Ukraine, the two most populous and largest independent republics that emerged from the collapse of the Soviet Union share a long, tangled and intertwined history. The contentious neighbours shared heritage goes back more than a thousand years when Kyiv, now Ukraine’s capital was the epicenter of the original Slavic state, Kyivan Rus, the

Russia and Ukraine, the two most populous and largest independent republics that emerged from the collapse of the Soviet Union share a long, tangled and intertwined history. The contentious neighbours shared heritage goes back more than a thousand years when Kyiv, now Ukraine’s capital was the epicenter of the original Slavic state, Kyivan Rus, the birthplace of both Ukraine and Russia.

Ukraine and Russia were two of the founding members of the Union of Soviet Socialist Republics in 1922. They were also signatories to the treaty that dissolved the union in December 1991. The other 13 independent republics that emerged from disintegration of the Soviet Union are Georgia, Belorussia, Uzbekistan, Armenia, Azerbaijan, Kazakhstan, Kyrgyzstan, Moldovia, Turkmenistan, Lithuania and Estonia.

The major issue behind the Russia-Ukrainian war has focused on the eastward expansion of NATO. Russia claims the West reneged on its promise not to expand NATO to the east and never include Ukraine in the security alliance.

Since the collapse of the Soviet Union, NATO’s membership has grown from 17 countries in 1990 to 30 presently, several of which were once part of the defunct Warsaw pact. In 1990, Russia did concede that a unified Germany would remain in NATO, it claims it got assurance from the West, that the Soviet-led Warsaw pact countries would not be part of NATO in the future. Warsaw pact was later dissolved.

WHY DID RUSSIA INVADE UKRAINE?

Russia is justifying its invasion of Ukraine, claiming that the drift of former Soviet republics and Communist countries into NATO’s jurisdiction as an existential threat to its national security.

Also, NATO has always had its eyes on Ukraine. Even, Ukraine has never hid its desire of becoming a member of NATO and the EU. This has provoked Russia for a very long time. Putin believes Ukraine is very strategic to Russia’s interest.

According to him, the two countries are one people unified by a common heritage. His invasion of Ukraine may be coming at a time many says NATO is in a weak position. He could be exploiting this perceived weakness of the security alliance to Russia’s maximum benefits. He could also be reenacting his unchallenged exploits in Georgia and Chechnya. The invasion will inevitably have profound effects on the future of European security.

WHO IS TO BLAME FOR THE WAR?

It is normal to be defensive and not accepts responsibilities when things go out of hand. The war in Ukraine has led to some sort of blame game. Who is to blame: Volodymyr Zelensky for not accepting to make Ukraine a neutral state, Putin for being over-zealous or NATO for moving eastward. Rather than engaging in unending polemics, the focus should be how to resolve the conflict.

All the parties involved must be blamed. But, this is not the time to trade blame. To halt what is capable of going down in history as one of the most catastrophic war since the end of the cold war, all the parties in the war must come to the negotiating roundtable. An end to the war is feasible, but an extended and a series of negotiation would be required. Whatever it takes, an end to the war is paramount.