The USA and China’s quest to be numero uno. 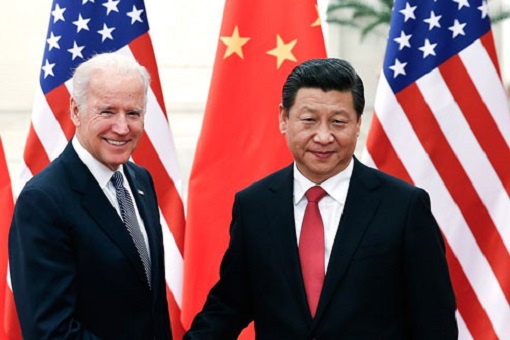 It is believed that the outcome of the rivalry between the USA and China may well shape the global configuration of power and influence. It has become a paradigm of world politics over the last few years. It defines both strategic debates and has military, political and economic dimensions. The USA and China’s quest to

It is believed that the outcome of the rivalry between the USA and China may well shape the global configuration of power and influence. It has become a paradigm of world politics over the last few years. It defines both strategic debates and has military, political and economic dimensions.

The USA and China’s quest to be numero uno.

This is unlikely to abate anytime soon, because at the roots of the matter is the quest to win the 21st century. Though the origin of the current US-China rivalry can be traced to the 1996 Taiwan crisis, its intensity has become increasingly fierce and competitive in the past few years. The battle for global preponderance of influence is multi-dimensional- it encompasses economic power, technological prowess, military capabilities and ideological influence. The Sino-American rivalry is all about global power equilibria and their status within the international system.

The emerging shift in the power dynamics is the battle for pre-eminence between the United States and China. The competition between the two powers is characterized by polarization, mutual suspicion, a shared history of intractable disputes and an expectation of potential future conflict. Also, there is the contest of ideas of liberal democracy and free markets on the one hand, and a state-managed economy coupled an intense nationalism.

The rivalry between Washington and Beijing has assumed a disturbing proportion.  The great powers quest to be world numero uno is multi-dimensional and multi-faceted. It is growing in length, breadth and depth in the following notable areas.

Firstly, the Sino-American military competition is rife. China has used its decades-long policy of economic expansionism to build up a strong military arsenal. Beijing has developed a formidable military stronghold on her neighboring states and this has increased the risks to the U.S military of operating in Asia. It is believed that this is intended to weaken U.S alliances and eventually expel U.S forces and bases from Asia.

Secondly, it is believed by some policymakers in Washington, that the reality of the two economies so intertwined poses a significant risk to U.S jobs, supply chains and to national security. This economic entanglement was accelerated when China became a member of the World Trade Organization in 2001. Many in Washington are considering economic decoupling of the U.S and Chinese economies. Particularly in sensitive industries and to make the U.S economy more competitive.

Also, there is a strong competition between Washington and Beijing in the areas of emerging technologies such as the 5G wireless technology, artificial intelligence and digital surveillance. This tech battle is amplified notably in the case of Huawei, a private Chinese company. The U.S has been pushing countries to bar Huawei from developing next-generation 5G communications. It claims that the activities of Huawei pose a threat and risks to national security.

Lastly, the great powers are in a competition over the future of the international order-the norms, rules, and institutions that controls the international political system. There is a concern in Washington that Beijing is out to undermine part of the liberal international order. China’s weakening of human rights laws and its Belt and Road Initiative which is a lopsided model of development financing are reference points in this regard.

On their part, the Chinese authorities sees the U.S as a hypocritical leader of the international order, obeying rules and laws only when it suits its interests. Beijing is advocating the “community of shared future,” which would make the global friendlier for nondemocracies, and that the U.S should give more space to China in the international order.

The Sino-American relations should not be characterized by an absurd rivalry that could destabilize the status quo of relative peace and security in the international order, but mutual cooperation on key issues that can that have overriding effects on global peace and security. Such issues include non-proliferation of nuclear weapons, counterterrorism, cross-border crime, Iranian nuclear build-up and the Korean Peninsula.

There could be a healthy competition between Washington and Beijing that can invariably promote their individual interests, while they cooperate on nagging and perennial issues in the arena of international development such as poverty and hunger, climate change, gender equality and the trade agenda.