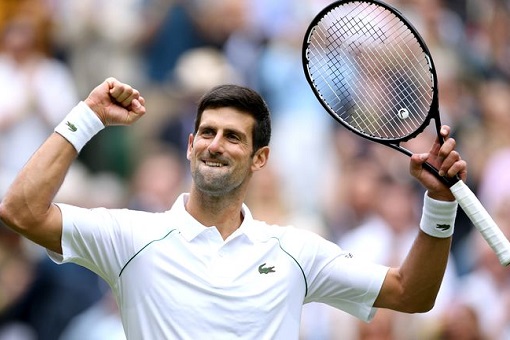 The Australian government has cancelled Tennis star Novak Djokovic visa for the second time, the tennis star who was released from immigration detention on Monday, by a judge who overturned the government initial cancellation of his visa on procedural ground.

The Australian government cancelled his visa for the second time stating that, the tennis star is unvaccinated for COVID-19 and it’s a risk to the community.

Immigration Minister said in a statement, “Today I exercised my power under section 133C (3) of the Migration Act to cancel the visa held by Mr. Novak Djokovic on health and good order grounds, on the basis that it was in the public interest to do so,” he said.

According to the immigration minister, Alex Hawke, the Australia government is committed to protect Australia’s borders, especially in relation to the COVID-19 pandemic, he said.

“I have carefully considered” information from Djokovic, the Department of Home Affairs and the Australian Border Force. Under the section of the Migration Act which the minister used to exercise his power to cancel the visa, Djokovic would not be able to secure a visa to come to Australia for three years, except in compelling circumstances that affect Australia’s interest”. He spoke.

Novak Djokovic was exempted from a COVID-19 vaccination requirement by the Victoria State Government and Tennis Australia, the tournament organizer, which allowed him receive a visa to travel. Unfortunately, the Australian Border Force rejected the exemption and cancelled his visa upon his arrival in Melbourne, which he spent some days in hotel detention before a judge on Monday overturned the initial decision by the government.

Novak Djokovic also admitted knowing he had tested positive for COVID-19 when he attended a newspaper interview and photoshoot at his tennis center in Serbia last month, which he admitted he made an “error of judgement” and should have immediately gone into isolation.

However, Novak Djokovic, could have avoided all this saga by simply getting vaccinated like his tennis player peers have.

“The COVID-19 pandemic in Australia is part of the ongoing worldwide pandemic of the coronavirus disease 2019 (COVID-19) caused by severe acute respiratory syndrome coronavirus 2 (SARS-CoV-2). The first confirmed case in Australia was identified on 25 January 2020, in Victoria, when a man who had returned from Wuhan, Hubei Province, China, tested positive for the virus.

In March 2020, the Australian government established the intergovernmental National Cabinet and declared a human biosecurity emergency in response to the outbreak. Australian borders were closed to all non-residents on 20 March, and returning residents were required to spend two weeks in supervised quarantine hotels from 27 March.

Many individual states and territories also closed their borders to varying degrees, with some remaining closed until late 2020, and continuing to periodically close during localized outbreaks. Social distancing rules were introduced on 21 March, and state governments started to close “non-essential” services. “Non-essential services” included social gathering venues such as pubs and clubs but unlike many other countries did not include most business operations such as construction, manufacturing and many retail categories.

The number of new cases initially grew sharply, then levelled out at about 350 per day around 22 March, and started falling at the beginning of April to under 20 cases per day by the end of the month. A second wave of infections emerged in Victoria during May and June 2020, which was attributed to an outbreak at a Melbourne quarantine hotel.

The second wave, though largely localized to Melbourne, was much more widespread and deadlier than the first; at its peak, the state had over 7,000 active cases. Victoria underwent a second strict lockdown which eventually lasted almost four months. The wave ended with zero new cases being recorded on 26 October 2020″. This section is culled from WIKIPEDIA.