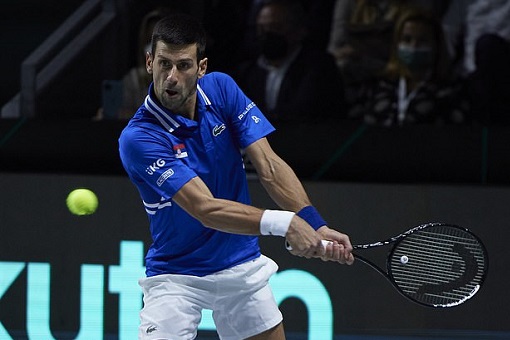 We all know Australia to love sport and give their full support, but the fate of tennis star Novak Djokovic is uncertain as he could be asked to leave the country before he defends his Australia open grand slam title. The Australian government has enforced strict borders control in a bid to avoid the spread

We all know Australia to love sport and give their full support, but the fate of tennis star Novak Djokovic is uncertain as he could be asked to leave the country before he defends his Australia open grand slam title.

The Australian government has enforced strict borders control in a bid to avoid the spread of the COVID-19 virus. Novak Djokovic who is a top seed and a defending champion has been drawn for the tournament. Alex Hawke, Immigration Minister, has exercised discretionary powers to repeal his visa for a second time because the government debates his claims to have a medical exemption from the country’s COVID-19 vaccination requirement.

“How is it possible that an unvaccinated anti-vax tennis player is allowed into the country to play his trade and wander freely, while Australian police, nurses, doctors, and many others are being sacked for a similar stance?” A right-wing columnist complained of Djokovic’s scruffy treatment.

Djokovic who was released from immigration detention on Monday, by a judge who overturned the government’s initial cancellation of his visa on procedural grounds, has caused a lot of tongues lashing in the country as citizens complained that an unvaccinated Djokovic is going against the country COVID-19 protocols.

Djokovic, has resumed training after winning the court challenge, he also thanked the judge for setting him free from immigration detention, saying his aim is to win a record 21st tennis major at next week’s Australian Open.

According to him, “I am pleased and grateful that the judge overturned my visa cancellation, despite all that has happened I want to stay and try to compete at the Australian Open”, he said

A proper setup should have been done.  This could include conducting a proper COVID -19 protocol to enable the superstar to partake in the Australian Open.

Novak Djokovic born 22 May 1987 is a Serbian professional tennis player. He is currently ranked as world No. 1 by the Association of Tennis Professionals (ATP). Djokovic has been No. 1 for a record total of 355 weeks, and has finished as ATP Year-End No. 1 on a record seven occasions. He has won a joint record 20 Grand Slam men’s singles titles, including a record nine Australian Open titles. Overall, he has won 86 ATP singles titles, including a record 37 Masters events. Djokovic is the only man in the Open Era to achieve a double career Grand Slam and complete a non-calendar year Grand Slam. He is also the only player to complete the career Golden Masters on the ATP Tour, which he has done twice.

“Australia, officially the Commonwealth of Australia, is a sovereign country comprising the mainland of the Australian continent, the island of Tasmania, and numerous smaller islands. With an area of 7,617,930 square kilometers (2,941,300 sq mi), Australia is the largest country by area in Oceania and the world’s sixth-largest country. Australia is the oldest, flattest, and driest inhabited continent, with the least fertile soils. It is a megadiverse country, and its size gives it a wide variety of landscapes and climates, with deserts in the center, tropical rainforests in the north-east, and mountain ranges in the south-east. Until the early 19th century, Australia was best known as “New Holland”, a name first applied by the Dutch explorer Abel Tasman in 1644 (as Nieuw-Holland) and subsequently anglicized. Terra Australis still saw occasional usage, such as in scientific texts. The name Australia was popularized by the explorer Matthew Flinders, who said it was “more agreeable to the ear, and an assimilation to the names of the other great portions of the Earth”. Several famous early cartographers also made use of the word Australia on maps. Gerardus Mercator used the phrase climata australia on his double cordiform map of the world of 1538, as did Gemma Frisius, who was Mercator’s teacher and collaborator, on his own cordiform wall map in 1540. Australia appears in a book on astronomy by Cyriaco Jacob zum Barth published in Frankfurt am Main in 1545″. This section is culled from WIKIPEDIA.