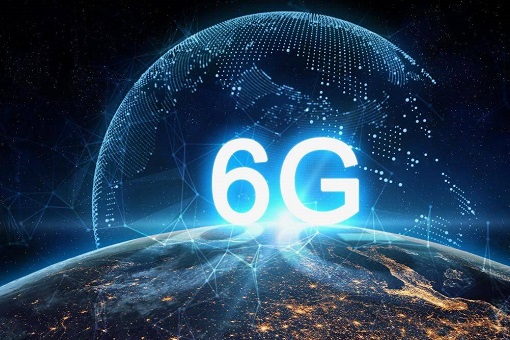 Chinese scientists have revealed that next-generation terahertz technology could be used for hypersonic vehicle detection and tracking, an advancement that can help lead to the new 6G communication applications for hypersonic missiles. China evolves new technology. The new 6G technology is described in the Journal of the National University of Defense Technology on Tuesday. This

Chinese scientists have revealed that next-generation terahertz technology could be used for hypersonic vehicle detection and tracking, an advancement that can help lead to the new 6G communication applications for hypersonic missiles.

The new 6G technology is described in the Journal of the National University of Defense Technology on Tuesday. This can help solve blackout problems that occur in an attempt to establish communications with missiles or space vehicles travelling at five times the speed of sound or faster.

According to scientists, when a near-space hypersonic vehicle — either a spacecraft or a missile —travels through the atmosphere at speeds much faster than the speed of sound, the friction between its surface and the surrounding air forms a plasma sheath.

According to them, “the layer of hot, ionized gas around the vehicle could lead to a communication blackout that may last up to 10 minutes — a problem known as the “black barrier.”

“Plasma sheath formed during the reentry of the near-space hypersonic vehicle will interfere with the electromagnetic wave detection,” the scientists explain in the study. In the new research, Yao Jianquan from the School of Precision Instruments and Opto-electronics Engineering in China’s Tianjin University and other scientists built a laser device that could help produce a continuous beam of electromagnetic waves in the terahertz band.

The frequency range between microwave and infrared would also be used for next-generation 6G technology, which is expected to revolutionize communications.

These communications systems get updated almost every decade and  are also known as a generation or simply “G.”

In the new study, the researchers have built a model of a typical near-space vehicle and also modelled the distribution of the plasma sheath under different flight conditions during the re-entry process.

It must be noted that the US National Science Foundation had earlier released a report as far back as 2016, ranking China as the top producer of science and engineering articles.

“China, officially the People’s Republic of China (PRC; Chinese; pinyin: Zhōnghuá Rénmín Gònghéguó), is a country in East Asia. It is the world’s most populous country, with a population of more than 1.4 billion. China spans five geographical time zones and borders 14 different countries, the second-most of any country in the world after Russia. Covering an area of approximately 9.6 million square kilometers (3,700,000 sq mi), it is the world’s third or fourth-largest country.

China emerged as one of the world’s first civilizations in the fertile basin of the Yellow River in the North China Plain. China was one of the world’s foremost economic powers for most of the two millennia from the 1st until the 19th century. For millennia, China’s political system was based on absolute hereditary monarchies, or dynasties, beginning with the semi-legendary Xia dynasty in the 21st century BCE. Since then, China has expanded, fractured, and re-unified numerous times.

In the 3rd century BCE, the Qin reunited core China and established the first Chinese empire. The succeeding Han dynasty (206 BCE – 220 CE) saw some of the most advanced technology at that time, including papermaking and the compass, along with agricultural and medical improvements.

The invention of gunpowder and movable type in the Tang dynasty (618–907) and Northern Song dynasty (960–1127) completed the Four Great Inventions. Tang culture spread widely in Asia, as the new Silk Road brought traders to as far as Mesopotamia and the Horn of Africa. The Qing dynasty, China’s last dynasty, which formed the territorial basis for modern China, suffered heavy losses to foreign imperialism in the 19th century”. This section is culled from WIKIPEDIA. https://en.wikipedia.org/wiki/China