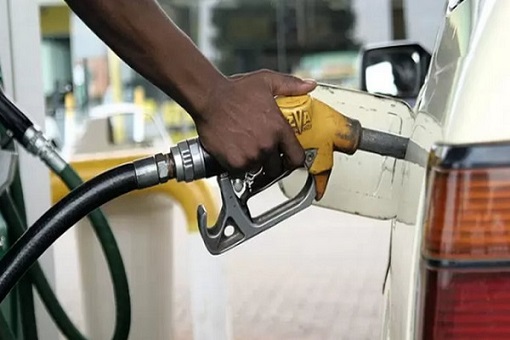 Consumers are arresting workers and owners of filling stations over the sales of contaminated petrol sold to them that have allegedly affected their vehicles’ engines. NNPC, spokesperson, Garba-Deen Muhammad on Wednesday stated that the oil firm had released products to help reduce the queues seen in Abuja and other parts of the country. Contaminated petrol

Consumers are arresting workers and owners of filling stations over the sales of contaminated petrol sold to them that have allegedly affected their vehicles’ engines. NNPC, spokesperson, Garba-Deen Muhammad on Wednesday stated that the oil firm had released products to help reduce the queues seen in Abuja and other parts of the country.

He said, “There are customers who have problems with the products they bought and are suing our retail outlet owners. They are already arresting retail outlet owners and not the NNPC, but obviously, it will still get to them (NNPC) if we cannot resolve it. Right now, a lot of arrests have been made. That is why we are concerned and always request that we should be taken along so as to get early information.

Retail outlet owners are being arrested now and this is because when the vehicles of customers get bad, they will try to hold somebody accountable. And that is happening across the country.”

Gillis Harry further stressed that the issue would be addressed in about a week time, as the contaminated products had been identified and confined and would require time to be fully removed from tanks.

Stressing further on the issue, Chief Ukadike Chinedu, the National Public Relations Officer, Independent Petroleum Marketers Association of Nigeria, has also validated that those workers at outlets were being arrested. Stating about 20 filling stations in Port Harcourt had to close down due to the presence of adulterated petrol in their tanks.

He said, “We set up a team to go round and check the stations that have already been contaminated and see how evacuation will take place. Some people unknowingly sold the product and it was discovered a little bit late.

I cannot give you all the filling stations affected now because the monitoring is still ongoing but I know in Port Harcourt we have reported about 15 or 20 stations. But we can’t mention their names due to safety reasons.”

Commuters don’t want to know that you got the bad fuel from the NNPC, it is unexplainable to them. And some policemen take the issue out of hand, making arrests without thorough investigation.

In some stations, the (police) went there and packed everybody, including the pump attendants and managers and dumped them in the cell. This is what we are facing now.”

Asking if the contaminated product would be resolved soon, he stated, “It will take a few weeks. Evacuation is very difficult. You have to hire a truck, drain your tanks, put the necessary safety precautions, get a pumping machine, etc. In fact, how is NNPC going to reconcile these issues? You have to clean the tanks. Who will bear these costs? This is a big problem we are facing now.” He added.

One hopes the government works something out soon to resolve the issue.

“NNPC was established on 1 April 1977 as a merger of the Nigerian National Oil Corporation and the Federal Ministry of Petroleum and Energy Resources. NNPC by law manages the joint venture between the Nigerian federal government and a number of foreign multinational corporations, which include Royal Dutch Shell, Agip, ExxonMobil, Total S.A, Chevron, and Texaco (now merged with Chevron). Through collaboration with these companies, the Nigerian government conducts petroleum exploration and production. In 2007, the head of the Nigerian wing of Transparency International said salaries for NNPC workers were too low to prevent graft.

The NNPC Towers in Abuja is the headquarters of NNPC. Consisting of four identical towers, the complex is located on Herbert Macaulay Way, Central Business District Abuja. NNPC also has zonal offices in Lagos, Kaduna, Port Harcourt and Warri. It has an international office located in London, United Kingdom. In October 2019, NNPC stated that it had signed a $2.5 billion pre-payment agreement with Nigeria LNG for upstream gas development projects.

In December 2021, the Federal Government of Nigeria and the Nigeria National Petroleum Corporation (NNPC) Ltd signed a N621 billion Memorandum of Understanding to finance the construction of critical road infrastructure in Nigeria”. This section is culled from WIKIPEDIA.