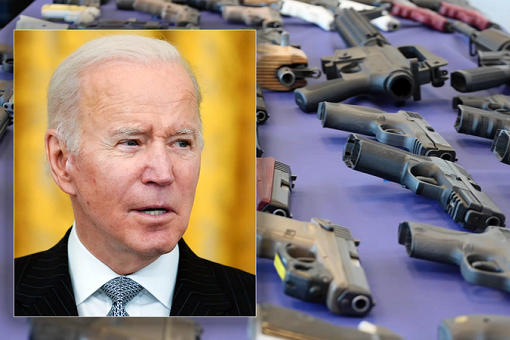 President Joe Biden has arrived in New York to tour with the NYPD and also to meet with the city and stakeholders. This gesture is intended to fashion out ways to battle the ongoing crisis ravaging the Bronx neighborhood where an 11-month-old was recently shot in the head. Joe Biden Visits the Bronx Residents in

President Joe Biden has arrived in New York to tour with the NYPD and also to meet with the city and stakeholders. This gesture is intended to fashion out ways to battle the ongoing crisis ravaging the Bronx neighborhood where an 11-month-old was recently shot in the head.

Residents in the Bronx neighborhood have complained bitterly that they no longer feel safe in the community with the ongoing gun violence. A resident stated, “I walk these streets every day, there’s a feeling of fear. I’ve lived here for 33 years and “I don’t feel safe in my own community.” The resident had a simple message for the politicians: “Stop the gun violence.”

Another resident stated, “Nobody wants to send their kids to the store when you could be sitting inside a car and get shot.”

A White House official had stated that the surging crime levels to social and economic fallout is as a result of the pandemic.

She stated, “The president is going to New York City because it is a community where they continue, like many other cities across the country, to experience a spike in gun violence as a result of the pandemic.”

Reactions to Joe Biden in the Bronx

The President’s visit to New York City is set to coincide with a Justice Department plan to crack down on illegal guns and violent crime. There is also a desire to offer additional support to local law enforcement agencies.

One hopes the violence would soon be curtailed so residents can live peacefully and safely.

If each borough were ranked as a city, the Bronx would rank as the ninth-most-populous in the U.S. Of the five boroughs, it has the fourth-largest area, fourth-highest population, and third-highest population density. It is the only borough of New York City not primarily on an island. With a population that is 54.8% Hispanic as of 2020, it is the only majority-Hispanic county in the Northeastern United States and the fourth-most-populous nationwide.

Bronx County was separated from New York County in 1914. About a quarter of the Bronx’s area is open space, including Woodlawn Cemetery, Van Cortlandt Park, Pelham Bay Park, the New York Botanical Garden, and the Bronx Zoo in the borough’s north and center.

The Thain Family Forest at the New York Botanical Garden is thousands of years old; it is New York City’s largest remaining tract of the original forest that once covered the city. These open spaces are primarily on land reserved in the late 19th century as urban development progressed north and east from Manhattan”.

The word “Bronx” originated with Faroese-born (or Swedish-born) Jonas Bronck, who established the first settlement in the area as part of the New Netherland colony in 1639. European settlers displaced the native Lenape after 1643.

In the 19th and 20th centuries, the Bronx received many immigrant and migrant groups as it was transformed into an urban community, first from European countries (particularly Ireland, Germany, Italy, and Eastern Europe) and later from the Caribbean region (particularly Puerto Rico, Haiti, Jamaica, and the Dominican Republic), as well as African American migrants from the southern United States.

This section is culled from WIKIPEDIA. https://en.wikipedia.org/wiki/The_Bronx