Nigeria: So much rice in the land but should we be growing something else? 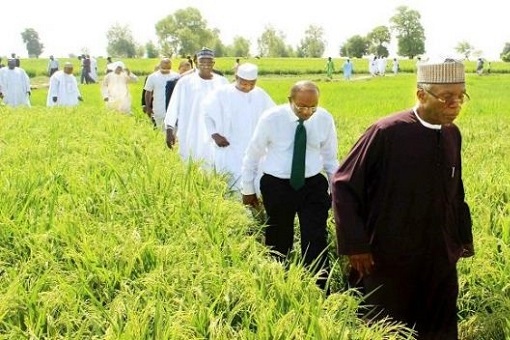 Unless you have been living under a rock for the past few years, you probably know that Nigeria has made rice a focus of its agricultural policy. The “problem” being solved here is that we import too much rice and the government wants us to produce more at home. Which, in of itself, is not

Unless you have been living under a rock for the past few years, you probably know that Nigeria has made rice a focus of its agricultural policy. The “problem” being solved here is that we import too much rice and the government wants us to produce more at home. Which, in of itself, is not a bad thing. Of course, there has always been some sort of government program to boost rice production, but no other government has gone to such levels to target rice.

There was the 70 percent tariff and duty on imported rice to incentivize local production, imports through land borders were effectively banned, and government threw various funding schemes like the anchor borrowers’ program, at rice farmers. I don’t think any other crop was mentioned as much by politicians and policy makers over the last four years. What has been the outcome?

According to data from the Food and Agriculture Organization, a credible source for data, our rice production went up a lot.

Rice farming in Nigeria and its size

Our yields, or the amount of rice paddy grown per piece of land has not changed much. It has averaged about 19,000 hg/ha since 2010, which is not really that great.

But we know that the amount of land in Nigeria kind of has not changed. So, if we used so much more land for rice then what did we stop growing? In general, we haven’t really expanded our total amount of land used for growing cereals like rice.

Since 1995 the total amount of land used for growing cereals has hovered between 17 and 20 million hectares, with some dips along the way. If we dedicated extra land to rice, then it must mean some other crops were displaced. Why is this important?

A short story first. A couple of weeks ago a farmer friend of mine asked me a question. “I have all this land but what should I grow?” I told him to grow the most valuable thing he can, even if he doesn’t eat it.

It should be obvious, but that is the foundation for wealth generation and one of the fundamental reasons why trade is good. If you grow the most valuable thing, even if you don’t want it, you are better off than if you grow what you want, because you can trade the valuable thing for the thing that you want and still have some value leftover.

On the flip side, if you stop growing the most valuable thing you can and start growing something you want, then technically you get poorer.

So, what have we stopped growing? Over the last decade the amount of land dedicated to cashew nuts has dropped by over 60 percent. Yes, those cashew nuts that used to by one of our largest agricultural exports. Land used for millet has also collapsed by over 50 percent in the last decade.

Land used for seed cotton, sorghum, cocoa, and oil palm have all dropped by 26, 25, 12 and 4 percent respectively. Some of these used to be big export crops.

Rice farming in Nigeria and its actual crop value

In terms of the actual value of the crops, unsurprisingly the most valuable crops we could be growing are vegetables worth about $4700 per hectare per year based on our current yields and 2016 prices. We know rice and vegetables aren’t really substitutes so we can’t really compare both.

We can compare rice to other cereals though. It turns out maize (at $250 per hectare), sesame seeds (183), and soybeans (182) are more valuable than rice paddy at $175 per hectare based on our 2016 yields and prices. Or to put it simply, if we decided to use all the land we used to grow rice to grow maize and exported it, we could have imported 40 percent more rice paddy than we grew. This is before you add all the special intervention funds that have been dedicated to growing rice.

But at least we grow more rice so we can manage that one for now. Morale of this story: we need to think about policy objectives properly before we start targeting crops.

If the goal is to grow rice then the policy is working, but if the goal is to generate wealth then it may not be working so well. Caveat: we still import a lot of rice indirectly via our neighbors to the west so the policy to stop imports is not working very well either. by Nonso Obikil