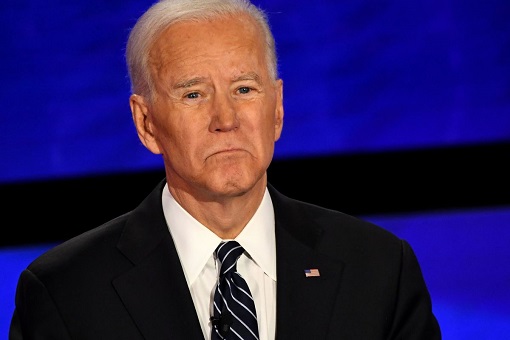 On Thursday January 6, the U.S President, Joe Biden, has anathematized the former U.S President Donald Trump for trying to unlace American democracy, stating that such insurrection must never happen again. Is Donald Trump a threat to democracy? Joe Biden has pledged to protect the nation from all kinds of threats and violence. Going back

On Thursday January 6, the U.S President, Joe Biden, has anathematized the former U.S President Donald Trump for trying to unlace American democracy, stating that such insurrection must never happen again.

Is Donald Trump a threat to democracy?

Joe Biden has pledged to protect the nation from all kinds of threats and violence. Going back to 2021 when an angry mob stormed the Capitol due to the constant lies from former President Donald Trump. Biden accused Trump and his allies of their continuous lies about the 2020 election.

According to Joe Biden, “For the first time in our history, a President had not just lost an election, he also tried to prevent the peaceful transfer of power as a violent mob reached the Capitol,” President Joe Biden, said in a speech from the US Capitol that lasted just under 30 minutes. “But they failed. They failed. And on this day of remembrance, we must make sure that such an attack never, never happens again. His bruised ego matters more to him than our democracy or our Constitution, he can’t accept he lost.”

President Joe Biden, who spoke at the US Capitol yesterday, made references to “the former President. “A former President of the United States of America has created and spread a web of lies about the 2020 election. He’s done so because he values power over principle because he sees his own interest as more important than his country’s interest and America’s interest,” he added.

“The heroism of so many, particularly US Capitol Police” and “fallen heroes of that day. In the face of extreme danger, they all risked our safety for our democracy by protecting the Capitol complex. Because of them, and our members, the insurrection failed,” she said.

Democratic lawmakers recounted haunting memories of the attack in speeches throughout the day. They described feelings of terror, disbelief, and anger as the attack unfolded. They recalled horrifying sounds: breaking glass, rioters pounding on doors and walls, a gunshot.

They remembered frightening directives: how they had been told to put on gas masks and run for their lives. They told stories of heart-wrenching calls to loved ones not knowing what would happen next or if they would make it out alive. Schumer described his experience on how close he had come to the pro-Trump mob that day.

“I was within 30 feet of these nasty, racist, bigoted insurrectionists, I was told later that one of them reportedly said, ‘There’s the big Jew, let’s get him. ‘Schumer said a police officer grabbed him by the collar at one point, and that it was a moment he would never forget. Senator, we got to get out of here, you’re in danger,” he recalled the officer telling him.

President Joe Biden is willing and ready to fight for the progress and interest of the country in a bid to make things right and to correct all past mistakes. Has he said in his presidential campaign, “We are in a battle for the soul of America.”

“Democracy is a common value shared by all humanity. It is a right for all nations, not a prerogative reserved to a few. Democracy takes different forms, and there is no one-size-fits-all model. It would be totally undemocratic to measure the diverse political systems in the world with a single yardstick or examine different political civilizations from a single perspective.

The political system of a country should be independently decided by its own people.⁠The United States’ system of democracy is derived from its own practices. This system is unique, not universally applicable, and is far from perfect. However, over the years, the US, despite the structural flaws and problematic practice of its democratic system, has claimed itself as the “model of democracy”.

It has incessantly interfered in other countries internal affairs and waged wars under the guise of “democracy”, creating regional turbulence and humanitarian disasters. ⁠Based on facts and expert opinions, this report aims to expose the deficiencies and abuse of democracy in the US as well as the harm of exporting such a democracy. It is hoped that the US will improve its own system and practices of democracy and change its way of interacting with other countries.

This is in the interest of not only the American people but also the people of other countries. If no country seeks to dictate standards for democracy, impose its own political system on others or use democracy as a tool to suppress others, and when all countries can live and thrive in diversity, our world will be a better place”. This section is culled from WIKIPEDIA.