The Nigerian Naira Freefall: Where did it all go wrong? 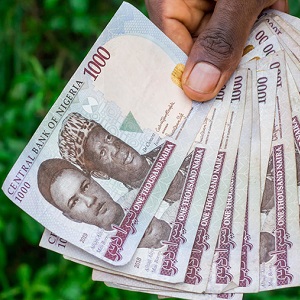 For as long as Nigeria continues to rely mainly on its crude oil exportation as a source of foreign revenue, its economy would remain at the mercy of other nations. This was exactly the point made by a former Nigerian-born World Bank Vice President, Dr. Oby Ezekwesili, who challenged the Nigerian leadership to put an

For as long as Nigeria continues to rely mainly on its crude oil exportation as a source of foreign revenue, its economy would remain at the mercy of other nations. This was exactly the point made by a former Nigerian-born World Bank Vice President, Dr. Oby Ezekwesili, who challenged the Nigerian leadership to put an end to what she termed “addiction to free oil money”. The plummeting prices of oil terribly troubles the value of the country’s currency, Naira; this in turn propelled a sell-off in assets by foreign investors.

Since President Muhammadu Buhari’s “change” mantra hadn’t started yielding the kind of results Nigerians envisaged when they voted for him in 2015, there have been different call for a change in leadership or the reformation of economic policies. Many state-workers are being owed salaries because state governments are unable to pay due to the fall in monthly allocations from the federal government. This is a consequence of the falling oil revenues.

Rather than enlighten the people on global economics and the jobs that need to be done, the ruling All Progressives Congress – in defense of its government – argued that the depreciation of Naira is a “direct consequence of the incomprehensible mismanagement of the economy and the mindless looting of the national treasury” by the preceeding administration of Dr. Goodluck Jonathan. But an ever-witty Nigerian populace asked if the Jonathan-led administration was also responsible for the nation’s economic woes between 1983 -1985 when Buhari first ruled as a military Head of State.

Whilst trying to checkmate the crash of Naira, the Central Bank of Nigeria (CBN) had, in February 2016, imposed tight measures on the foreign exchange market so as to save the country’s dwindling foreign reserve. It also made commercial banks to purchase Dollar from oil companies at fixed exchange rates. The reduction in external reserves constrained CBN’s ability. But this reduction in external reserves is a hard fact the foremost bank needs to respond to.

When researchers traced the present Nigerian economic woes to its root sources, it was deciphered that the administration of General Ibrahim Babangida – which took over from Buhari in 1985 – was to receive the huge portion of blame. Babangida’s Structural Adjustment Program (SAP) commenced the slaying of the Nigerian Naira. The former Military Head of State had taken the country on the wrong direction by introducing SAP – which was later discovered to be a brain-child of the World Bank and other capitalist institutions.

The idea behind SAP was to first weaken the Nigerian Naira against the United States’ Dollar, and thereafter to introduce different austerity measures in which citizens bore the brunt. If Babangida should agree to the terms of these capitalist institutions, Nigeria would be offered a huge loan.

Interesting as the deal was, some Nigerian economic experts kicked against it as they rightly realised that the loan was more of an economic bondage. They tried to dissuade the Head of State from collecting it – but an economically-uneducated Babangida persisted and eventually collected it. Perhaps, the outgone administration of another inexperienced Buhari had left so much mess to be cleared. Since that time, when Babangida agreed to the capitalist terms, Nigeria’s economic fortune started plummeting, and the Naira was sacrificed under the mercy of the U.S. dollar.

Electronic banking has also made it easier to move money freely – yet difficult to detect. The proceeds of corruption and other illegal activities have gone through this avenue without detection. While it is important for the government and CBN to put active policies on ground to serve as guidelines, commercial banks need to pay closer attention to transactions so as to promote exportation and reduce money laundering issues.

President Buhari’s prolonged medical leave appeared to be a blessing to the Nigerian economy, which was left under the watch of Acting President Yemi Osinbajo. From February 2017 until now, spectators and Naira traffickers got their fingers burnt as the Nigerian currency exuded strength against the U.S. Dollar on the Parallel Market.

A recently-introduced policy action by the Federal Government and the CBN has continued to help the Naira sustain its upswing. What is not clear, though, is if the policy would project the Nigerian Naira to its previous position of N160 to $1. This regards Buhari’s careless campaign jibe which would supposedly present a picture of N1 to $1… Nigerians are watching!